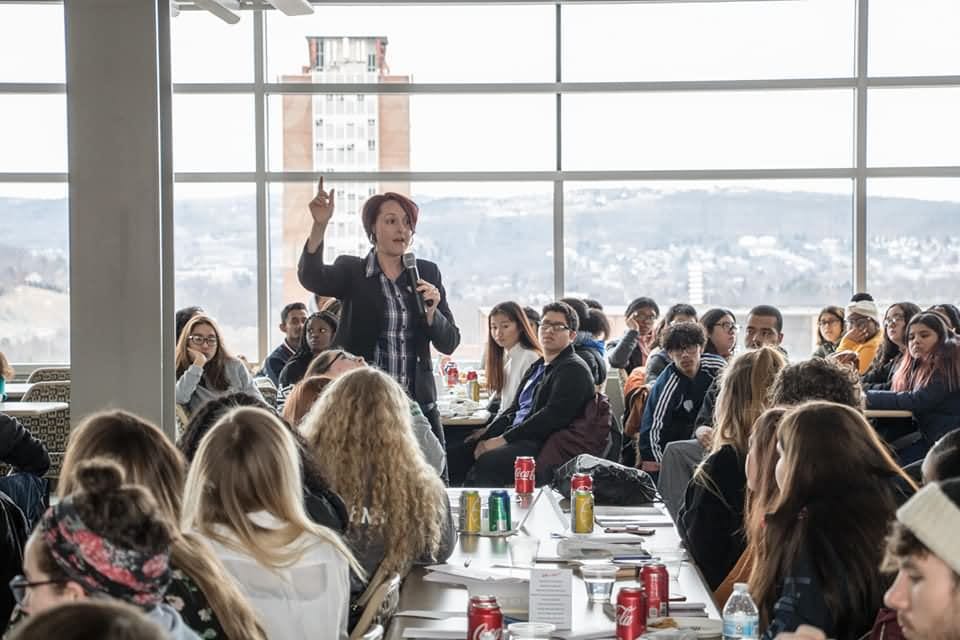 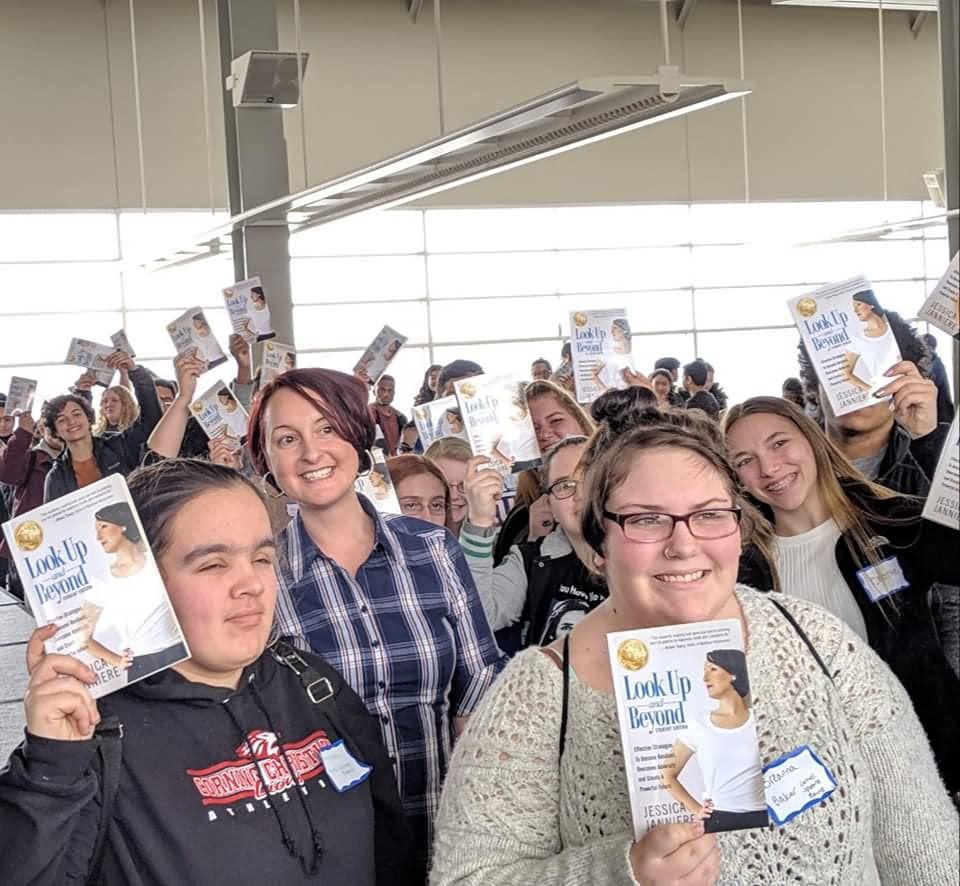 We are in a world where social media has so many youth focusing on looking perfect on the outside, instead of being good on the inside. The pressure has never been greater to “fake it". However, the studies show that mental health issues are rapidly rising so many youth are not being able to transition it from the “fake it" to the “make it" phase.

With so much emphasis put on appearing to be perfect how do young people properly deal with the challenges that are the reality of life? While many youth pretend as if everything is just fine, they can be carrying personal weights that will hold them down from experiencing their full potential in and out of the classroom.

This is not just a motivational talk. This presentation will take students through a truly engaging experience that gives practical tools and resources to help them break free from self-defeating behavior. Students will discover how their attitudes toward school and life will either empower them our sabotage their success. This presentation will give them the mindset and action steps to create a life of potential and purpose.

Students leave this program with a greater sense of integrity, values and personal responsibility for their lives so they care about moving toward worthwhile goals in life. Having students like this is an educator's dream!

If you are looking for an experience that will take students from surviving to successfully thriving in school and life, this is the presentation you have been looking for.

Look Up and Beyond Training for Student Success

This workshop will have participants creating a clear and tangible path to success such as getting into and graduating college, finding their ideal career path and how to positively give back to their communities by helping them look up and beyond what's been holding them back.

Jessica learned this after becoming a rape survivor at the age of 15. She felt shameful and couldn't separate who she was from this horrible experience that happened to her. She felt invaluable and worthless. Since she felt this way, she acted accordingly. So many students have a negative experience and falsely think this defines them.

In this interactive, hands-on, and thought-provoking workshop Jessica shows students how they can get over their past pain and start taking ownership of their life starting today.

If you want a dynamic presentation that your students will hear and take to heart so that they can move beyond their past and look up toward a bright future, this is the program for you. 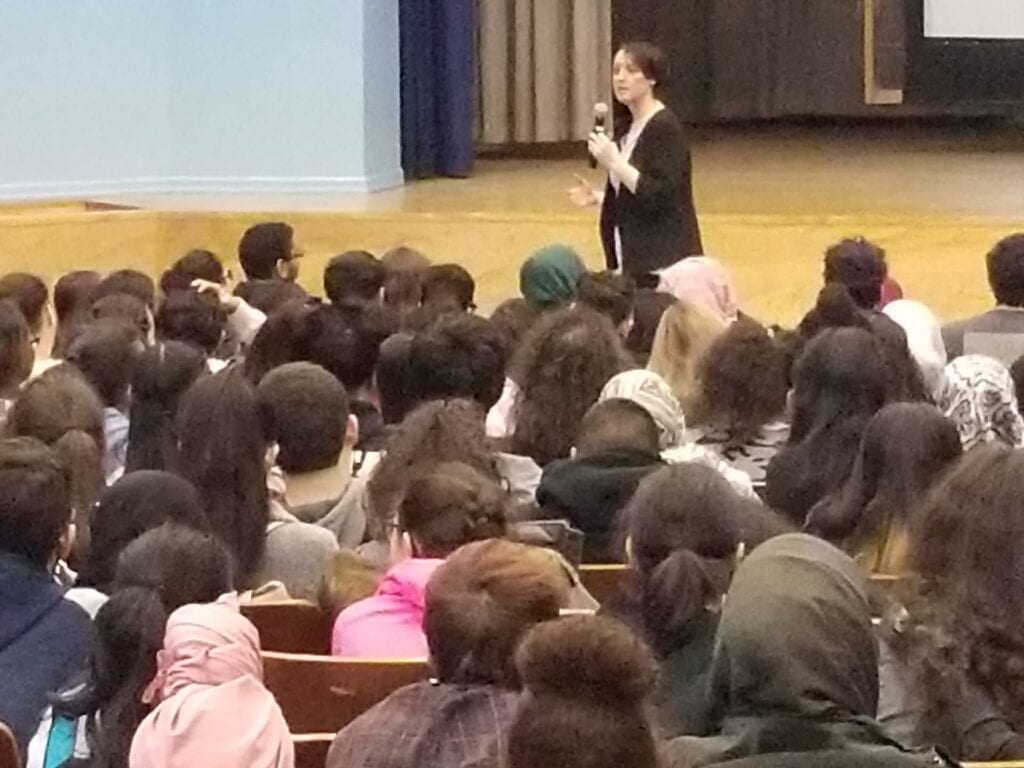 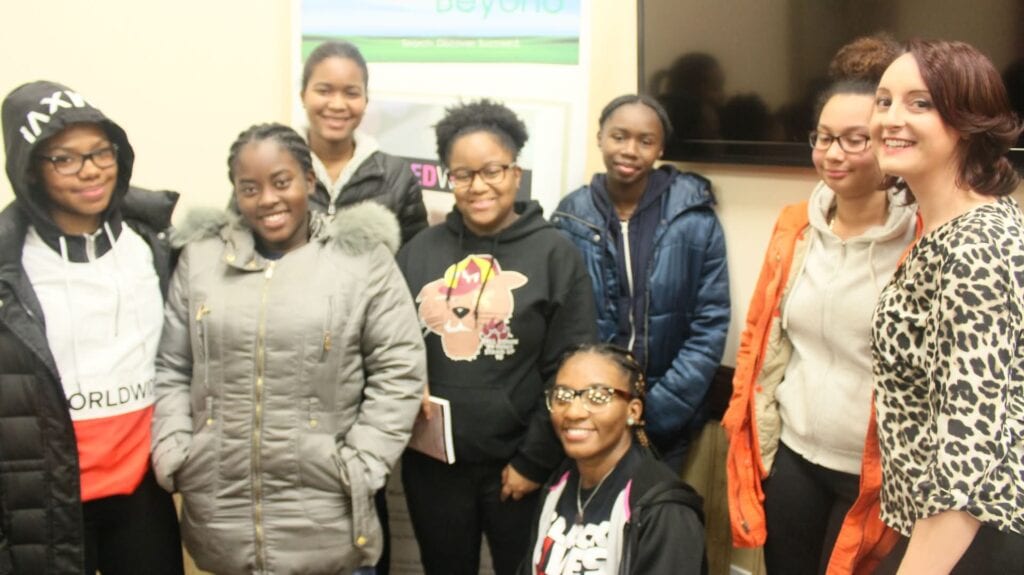 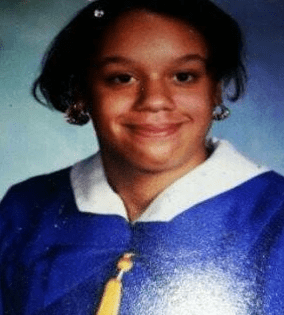 Here is the Middle School graduation picture of my younger sister Vicky. Vicky is a driving force behind everything I do today. My sister never had the opportunity to take her High School graduation picture or even celebrate her Sweet Sixteen birthday. Vicky and I were 3 years apart and very close. We were the best of friends. On that fateful day when I received the news that she was murdered, a piece of me was lost. To this day, I wonder about the type of woman she would have become.

Growing up, we were surrounded by abuse, dysfunction and poverty which played a strong part in shaping our decisions. During those years, I suffered from depression. I was at my lowest. I tried to numb my pain with alcohol and drugs instead of facing my life. I thought the only way to deal with my life was to end it so, as a teenager, I attempted suicide. And when I thought things could not get worse, I was raped. I was convinced my life was cursed and doomed for failure. I believed that if I were gone from the planet, so no one would care. I attempted suicide two more times. Vicky had her own way of dealing with the pain, including running away and surrounding herself with the wrong crowd.

Unfortunately, it cost her her life.

I learned quickly how our environment and the people we choose to associate with can make or break us. After Vicky's death, life did not have the same meaning for me. But little by little something inside of me changed. While I was grieving I was doing some soul searching. I discovered a new determination to live life purposefully and to use Vicky's story as inspiration to rise above my negative past. Through a long journey of personal development and prayer I began working on myself and seeing myself differently. Then one day I experienced a transformational moment where I separated my identity from the negative situations I had been through. The idea, “What happened to me is not who I am" changed the trajectory of my life from that point forward.

I was finally able to look up and beyond the pain and negativity to create a new vision for my life. I was able to experience professional success, marry my best friend and raise three amazing children.

Sometimes we go through the most difficult experiences so that we can be a light to others who are experiencing similar darkness. In honor of my sister Vicky, I am on a mission to help people “Look Up and Beyond" their negative pasts, end the cycle of bad choices that can lead to tragedy, and create a future that is filled with purpose. Everyone, especially our youth, needs to know that despite their circumstances, they matter. Their voice matters. God has a purpose for them – and it is powerful.

Jessica connected with all of our students as she inspired them to look Up and Beyond. Every school needs to partner with Jessica.

More Testimonials
See why Principals, Directors and Event Planners partner with Jessica to help their students overcome obstacles so they can win in school, college and life.

No Matter The Adversity